NOW SOLD OUT.
Posted by Slaphead at 08:18 No comments:

A pod of Killer Whales seen last week!
Posted by Steve Hinton at 13:45 No comments:

Some of us have booked rail tickets for travel to Portsmouth harbour and for the return from Plymouth.

At the present the cost is, to Portsmouth £12.00 and to Cardiff £22.50. Just to make you aware,the fare to Portsmouth was £9:00 earlier this week,so it would seem ,the sooner you book,the cheaper it is.
Posted by Slaphead at 08:44 No comments:

This years crossing has been arranged for August 14th to August 16th. We are booked aboard the Brittany Ferries vessel "Pont Aven", we used this ship last year and found it to be of higher standard than the P & O  "Pride of Bilbao". The Pont  is a faster ship,but the crossing times are more desirable,giving us virtually a full day  over the Abyssal Plain and canyons in the southern bay. 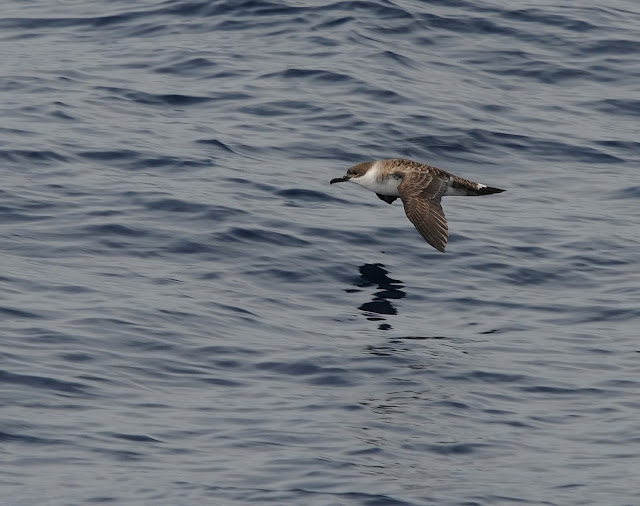 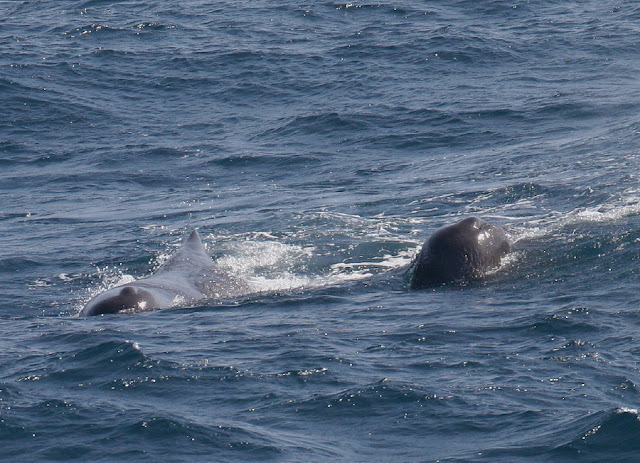 The ship leaves Portsmouth at 17:00hrs and makes her way south over the channel and around the Channel Islands during the night. We will try and be up for early doors (around 06;00am) and on deck 6 soon after. We should be over the deeper, richer waters already and with any luck connecting with our first cetaceans and seabirds. as we progress further south we will hopefully encounter some larger cetaceans like Fin and Sperm whales,long finned pilot and possibly Cuvier's beaked whales and bearing in mind just about anything is a possibility out there,previous sightings have included Blue whale,the worlds largest ever living animal or maybe Orcas which are seen with growing frequency. We will most likely see Common and striped dolphins with bottle nosed also a regular sight.Keep an eye out for sunfish,tuna and sharks, they are all out there. Seabirds might include Storm petrels,Wilson's petrels,Cory's,great, Manx and maybe little Shearwaters, Sabine's gulls,great, Pommarine or even long tailed Skuas as well as a host of other possibilities.
We dock in Santander at around 19:00hrs and our return leaves at 21:00hrs (Spanish time) and travels North overnight. Again we aim to be up early to catch the last few hours over the deep waters, the remainder of our journey is across the shallower Northern bay,where we might encounter Minke whales and dolphins. We dock in Plymouth at 17:00hrs.
With just a few hours ashore there isn`t much time to explore the City or in fact much time for birding.
Bring a few Euros for a coffee or a beer outside many of the cafe`s, a favourite is next to the Cathedral and a chance to relax and discuss the day`s sightings. 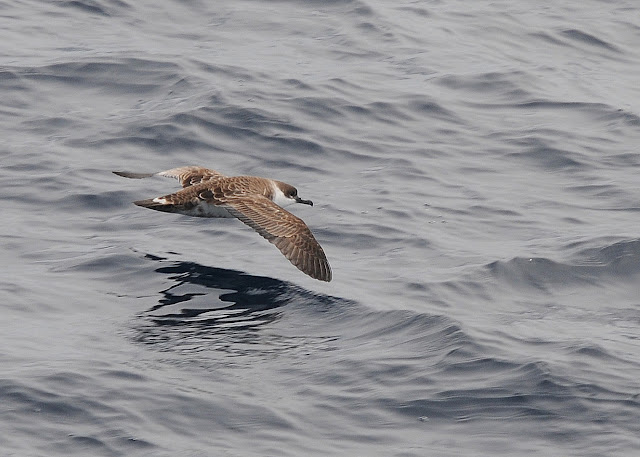 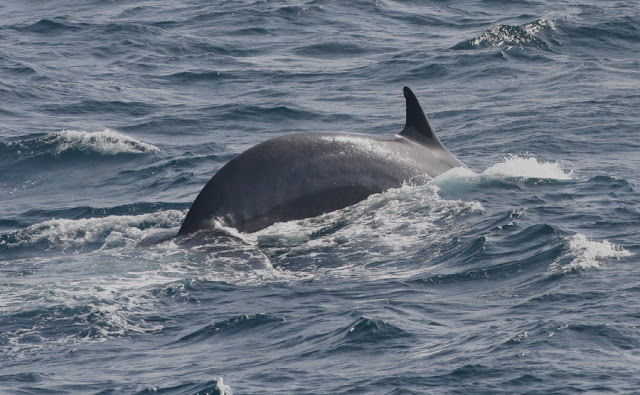 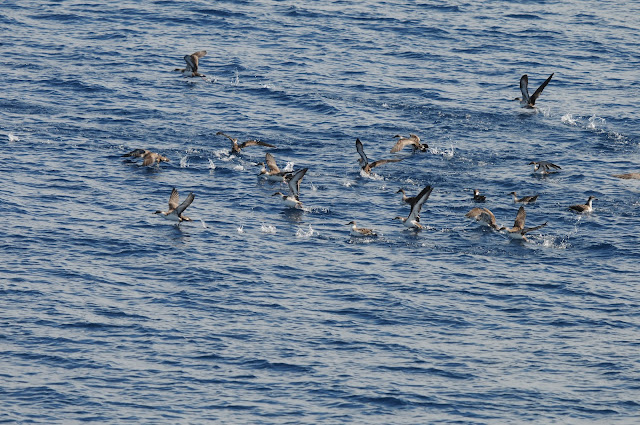 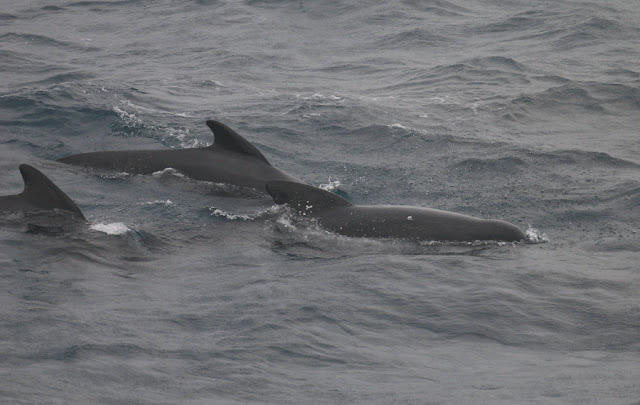 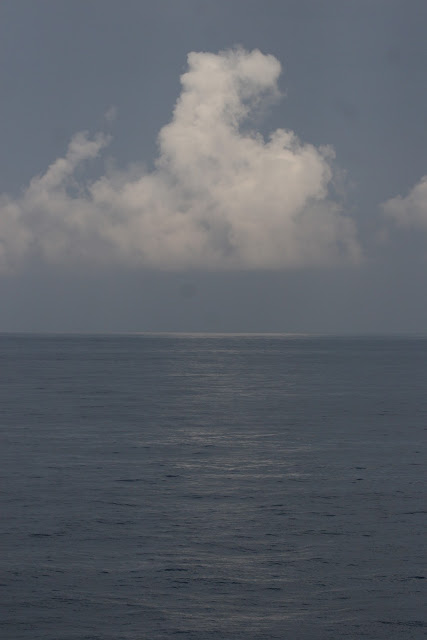 To join us or for further information:

Posted by Slaphead at 14:40 No comments: 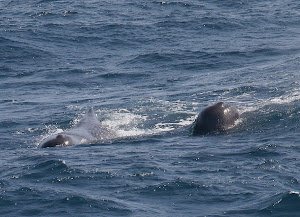 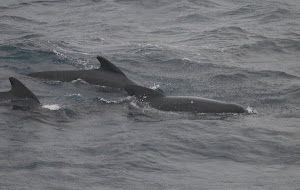 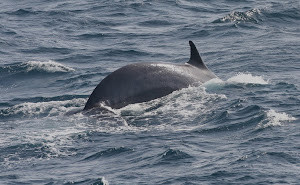